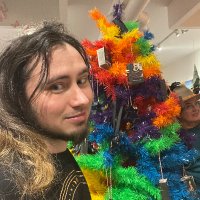 #MSWL someone PLEASE send me a historical fantasy featuring the Tudors, I want my magical Wolf Hall!!!

Fantasy lovers are going to LOVE all the middle grade books releasing this month! 🎃 Today's post features 20 middle grade books to read in October 2020. These fantasy books are perfect for escaping to new worlds 🖤 thecontentedreader.ca/middle-grade-b… pic.twitter.com/m2rqgMxys4

If you have a book that comps to ANY of these...#MSWL

I never thought I’d want anything to do with #TheCanterburyTales once I graduated but now I feel like a YA contemp/fantasy novel (loosely) inspired by/based on it (like structurally) could be really cool???

Guess after having it in 4+ classes, the brainwashing worked...

Also a #MSWL of mine!

Every so often I think about that idea for an epic fantasy about two teams of diplomats trying desperately to end a devastating war and it only takes place in one inn/hotel/building.

I’m really in the mood for SFF with a strong and unique authorial voice. Think Charlie Jane Anders #MSWL

to everyone who's writing epic feelings-laden adult SF/F that's thinly veiled untamed fic rn, remember me when you go on sub. have your agent play wangxian.mp3 and I'll do the editorial equivalent of grabbing your manuscript's wrist with Great Feeling and 13-16 Years of Pining

Quick favor, somebody write an adult SFF novel about these two as siblings who run the damn realm/galaxy, then query me 👑 pic.twitter.com/G6FtGUErwo

Someone send me an SFF inspired by the Emberverse novels #MSWL

Yes, I am famously under-scrutinized.

Biological warfare in a fantasy could be cool. #MSWL twitter.com/eijas/status/1…

Since the wee hours, my mind has been wrapped around a question: What would a fantasy world inspired by the American Midwest look like? Divorced from "Wizard of Oz," what would a Fantasy Midwest be? What elements are so quintessentially Midwestern they MUST be included somehow?