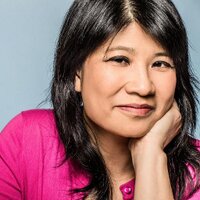 Would love a memoir or reported narrative about working in a prison library. #MSWL

I've been thinking about something, post-election. I know someone who voted for @realdonaldtrump. Nice guy. Friendly. Engaging. And I was legit confused—why did this guy vote for Trump? He's a decent guy. And I started thinking about little things. [1]

There was a bestselling book in 2005 titled the Sociopath Next Door. We need that version of the Racist Next Door not only to recognize the signs but also what's the best way to deal with them. #MSWL

He was arrested by US Postal Service agents? Send some champagne to the 2020 writers room. Great episode. twitter.com/margbrennan/st…

Someone, send me a proposal for the history of US Postal Service agents. #MSWL

I read this sentence this morning, and just had to write about it. twitter.com/poynter/status…

If someone writes a book about Trump & grammar (hit me up if you do #mswl), @EdYoung's 212-word sentence could be a chapter except @RoyPeterClark already wrote about it. Here is his praise of the semicolon & word "that" in this epic sentence.

this is the coolest fucker ever and an insp to everyone that wants a cool new name pic.twitter.com/i4K2knf36p

I need a bio of Friend
#MSWL

You can tell me she isn't a witch and that isn't her boyfriend beside her after he drank the potion she SPECIFICALLY TOLD HIM not to touch, but I won't believe you. twitter.com/HorribleSanity…

I want to read a novel about this #MSWL

@lynnjohnstonlit I would read a whole book of collected book dedications!
Replying to @Rainesford

Me too. Someone get on this #mswl

I’m reading The Only Plane in the Sky by @vermontgmg and awed by the craft of collecting, editing and piecing together the multitude of voices into a page-turning, seamless narrative. Highly recommend.

GRAPHIC NOVELS ARE NOT 'DUMBING DOWN' READING.

I would love to see more graphic nonfiction for adult readers. #mswl

Someone send me a book proposal about how corporate branding is BS and how to evaluate a company’s true character through the actions of its people. #MSWL #soulesscycle

Someone just texted me "ok" with no exclamation point and now I assume they wish me swift death.

I need a Shrunk & White on texting and emojis #mswl

I want a Wharton-style novel about black wealth. LIKE. NOW. twitter.com/BSO/status/110…

“And I'd rather be a corpse than a coward.” Mary Ellen Pleasant

Fascinating story of a Black woman who passed for White,

Speaking of nonfiction for young people, query me with:
--Deeply reported narrative of historical events
--Bios of underappreciated historical women or POC
--Self help from columnist of mainstream publication or popular blog
#MSWL

"We believe Colin Kaepernick is one of the most inspirational athletes of this generation, who has leveraged the power of sport to help move the world forward," Gino Fisanotti, @Nike Vice President.

Kap has been with Nike since 2011. Props to Nike for sticking with Kap. pic.twitter.com/iVgT6SgOJr

Someone bring me a book proposal about Nike and its activist tradition. #MSWL

This thread is giving me life. 👏👏
Spoiler alert: During Trump's visit, the Queen wore a broach given to her by the Obamas and next day, a broach in the shape of a snowflake. twitter.com/samuraiknitter…

#MSWL about the secret life of her Majesty's jewels.

#MSWL The new age of unions as activists for the people

Especially if you're an older authoritative looking management type, use your social capital. Harangue ICE or CBP agents about warrants, demand badge numbers, deny their authority to be there or do what they're doing. The point isn't to be right, the point is to stall.

"I Need to Speak to Your Manager?" #MSWL How white people aka "authoritative looking management types" can use their social capital for good.

#MSWL Hit me up with bios of overlooked women in history.