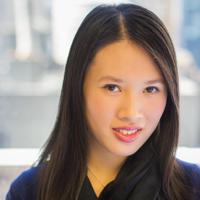 Bisexuals of the Blade @fancy_foxtrot

Hello Twitter -- a friend of ours posted a photo of our wedding and we were surprised how it blew up. Thank you for all the positive comments! We've decided to share some more photos. pic.twitter.com/jjwF3GHanB

Someone write it—the more photos we get, the more sure I am that these are the protagonists of a wuxia novel who find each other at a British university (because colonialism) AND THEN THEY DECOLONIZE IT

BISEXUALS OF THE BLADE, I CAN’T
#mswl
twitter.com/fancy_foxtrot/…

Remember the lesbian wedding I went to back in September

I am allowed to share one (1) wedding photo on my cursed twiter AND I... LOOK AT THEM.... ETHEREAL.... Beautiful brides.... 🥺 pic.twitter.com/RDrP9rXgJe

#MSWL because i need these magical warrior queens in book form, slaying my heart in gorgeous poetic prose 😍

but what if War Cloud decides the real answer is "let's not do a war" twitter.com/AP/status/1148…

5yo is currently formulating theories for what the tooth fairy does with all those teeth. His current theory is that the fairies eat them.

I look forward to his career in spec fic.

Christ of the Abyss statue in Key Largo, Florida pic.twitter.com/ymTE03slfj

There is definitely someone out there writing science fiction or fantasy with this exact aesthetic, and I WANT IT. #mswl

You CANNOT convince me that this dude isn't actually the Loch Ness monster in human form, who surfaces every so often to poke around and go "Yup, still no sign of ol' Nessy" before quietly returning to the water and transforming back into his original shape deep beneath the waves twitter.com/DannyDutch/sta…

Sometimes a family is just a boy and a giant carnivorous bird woman pic.twitter.com/rPRaFSjQJ7

All I want is a space opera starring Gemma Chan wearing this exact costume. #MSWL

Quick. Name a single female character in any medium whose primary narrative arc is a redemption story.

A woman who starts as a piece of shit and is redeemed by heroism or self reflection.

Any character. Any medium.

yes. more of this, please. #mswl

deep learning doesn't impress me. wake me up when AI manages to beat three old women at mahjong while simultaneously chain smoking and passive aggressively sniping about the other players' grandchildren

The emperor woke when a hand was placed over his mouth.
"I evaded all your guards," the assassin whispered, "and outwitted all your traps."
The emperor nodded, and the assassin took a step back.
"Is it five three?" the emperor asked
"Yes, I've won five. Let's swap clothes now."

Hi! I am Kristina. I make art for games, books and myself. I've worked on titles like Game of Thrones, Lord of the Rings, Call of Cthulhu and more. In my personal work I explore symbolism & archetypes around femininity.

Like what I do? Buy me a coffee! ko-fi.com/kristinacarrol… pic.twitter.com/TAt9zhMtJY

These are *gorgeous;* somebody write me the novel that goes with the second picture, please! #MSWL

I need more books that use settings *as* characters as well. I love living histories! Places can d/evolve and have arcs of their own. Stories can happen *to* and not just *in* them. And exploring that doesn't have to be pigeonholed as worldbuilding alone.

One of the things good gothic fantasy & claustrophobic scary spaceship stories have in common is that they both do setting-as-character well.

Really, any setting can be made to feel like a character. Creepy castle? Floating city? Jungle that *devours* people? YES.

if you're having a bad day, just remember that charlize theron used to knit on set between takes of mad max: fury road and that many of the war boys asked her to teach them to knit too, leading to pictures like this pic.twitter.com/eygHobrHxn

This picture is an entire #MSWL.

Will some author pitch a manuscript on the Fantasy series version of this so @VonBrooklyn & I can design covers for it? historydaily.org/female-librari…

Someone write me the science fiction or fantasy take on this. #mswl

Today I learned about the Harpy eagle, and I wish I hadn't. That motherfucker is scheming to kill me. I know it. pic.twitter.com/VK7A7irx6k

Somebody write me a fantasy novel starring a harpy eagle shapeshifter. I need more terrifyingly weird-looking Animagi in my life. #MSWL

#MSWL, because honestly, this is the magical heroine we need today

A Valentine’s Day #MSWL: grand, complex, diverse, epic science fiction and fantasy—with a fraught central romance that has lasting consequences for the world.

Misreading a sign here in DC: International Brotherhood of Tea Masters. I want to read this.