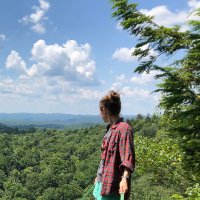 11 Groundbreaking Nature Books That Were Written By Women buzzfeednews.com/article/kathry… via @kathrynaalto

Green Bank, W.V., is home to a telescope so large it requires near radio silence to operate, a technological restriction that has created a unique kind of modern childhood — one without the constant buzz of texting and social media. nyti.ms/39yTNUi

A new frontier: The estranged spouse of Anne McClain is accusing the astronaut of improperly accessing her bank account while orbiting Earth nyti.ms/2zoMuhI

"But the couple’s domestic troubles on Earth, it seemed, had extended into outer space."🚀💔 #MSWL

The two suspects are twins, but only one man committed the crime. Conventional DNA tests cannot tell them apart -- but this new test can. nyti.ms/2TvEN4O

#OnThisDay in 1916, Shirley Jackson was born. If you're looking to start reading her haunting works, we have some suggestions for where to start. on.nypl.org/2EvfbOy

A belated Happy Birthday to Shirley Jackson, whose work I discovered only this year and doing so has made me want to find a modern-day version of her genius #MSWL. 🤞🙌

#MSWL The Ghosts of the Glacier gq.com/story/missing-…

The murder-com represents an evolution in the way we watch TV vult.re/2M3zt0T

On Killing Eve, and why the best shows of 2018 so far have been genre-defying and weird theatlantic.com/entertainment/…

"None of these shows fits neatly into a genre or an awards category. But they all take creative risks that pay off." Which makes them the most fun to watch. (And as books, the most fun to read! #MSWL) Also, major YES to @KillingEve.

"I think if people want a perfect snapshot of what it was like to come of age in the '90s and be a young person in that moment, Dawson’s will always be a time capsule of that." share.ew.com/QKq8jCq #DawsonsCreek #CreekWeek pic.twitter.com/0t8bTuXY2p

Exactly. And here's to nostalgia-inducing stories of friendship and first love. #MSWL

More than 12 million people have taken an at-home DNA test to learn more about their family history. But for many of them, like a woman named Amy that I spoke with, that test tells them more than than they expected. Catch up on this week's episode now:

This was an especially fascinating and memorable episode of my fav podcast @deathsexmoney. Also made me want a book whose premise is based on these DNA kits. #MSWL

The #Riverdale gang is BACK! Get all the details on season 2 in our Fall TV Preview: share.ew.com/AZoQF9V 🙌 pic.twitter.com/gNjWVKle6O

"If #GossipGirl married #TwinPeaks and had a kid, it would probably look a lot like #Riverdale." - @EW Yes! #MSWL cc: @hillaryjacobson

A Halloween store just went into the old funeral home location and I'm p. sure this is how you start a horror franchise
Replying to @andrhia

He met his true love while chasing eclipses. Now they chase them together ti.me/2wj175N